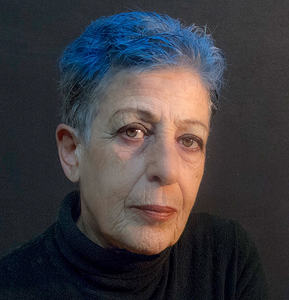 Eleni Mylonas is a multidisciplinary artist, her work moves across media and forms. She had solo exhibitions at the MoMA PS1; BENAKI Museum in Athens; Francoise Heitsch Gallery in Munich; Ileana Tounta Contemporary Art Center in Athens; Zoumboulakis Gallery in Athens; and Foundation for Hellenic Culture in New York. Her work has been shown at many Museums and galleries internationally, including, the Queens Museum of Art in New York; Ellis Island Museum in New York, EMST Museum in Athens; MOMus Museum in Thessaloniki; Museum of Contemporary Art in Crete, The Belgian Gallery Namur Belgium, Cooper Union in New York; Schorpf Gallery in Chicago; the Alternative Museum in New York and Konica Plaza in Tokyo. Mylona’s work has been exhibited in several Biennial exhibitions, including, the first Athens Biennale Destroy Athens, the Thessaloniki Biennale, and Cannakale walk in Oskabruck, Germany. She has collaborated with internationally acclaimed curators and her works are part of several public and private collections. Part of her photographic work is embedded at the Museum of Modern Art MoMA Archives and is part of the Columbia University Art properties collection. Her work is represented by the Francoise Heitsch Gallery of Munich. Mylonas is a Fulbright scholar and holds a Master’s degree from the Graduate School of Journalism of Columbia University. She maintains a studio in New York and Athens.

*The photo is released under the free licence cc-by-sa-4.0

All works by © Eleni Mylonas All Rights Reserved